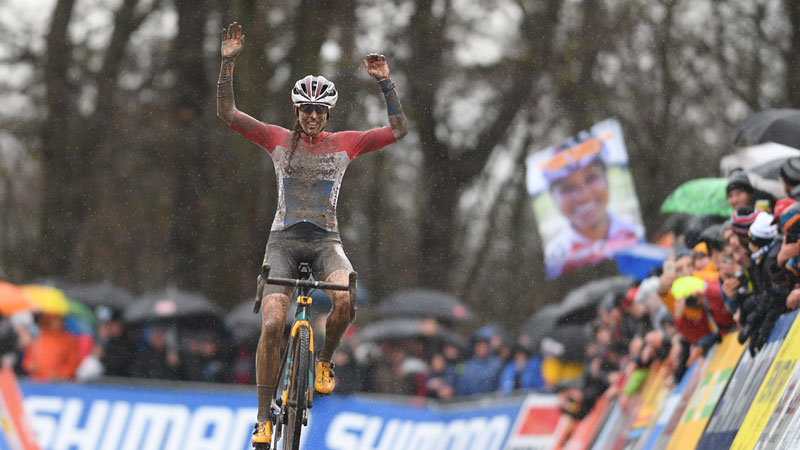 Yara Kastelijn took the best start, but Ceylin del Carmen Alvarado would come through in first place after one lap. One lap later Annemarie Worst took over the lead from Alvarado and Lucinda Brand. Kastelijn dropped back to 7th on 41 seconds, reigning world champion Sanne Cant had a tough afternoon outside the top-15.

Brand continued to increase her advantage on Alvarado to over 30 seconds, but lost some of her lead after a crash in the last lap. The Dutchwoman still crossed the line in first with a 15-second buffer on Alvarado. Worst was third on 1:20, ahead of Evie Richards and Katerina Nash, who retains her lead in the Telenet UCI World Cup. Marianne Vos was ninth, Cant finished 15th.