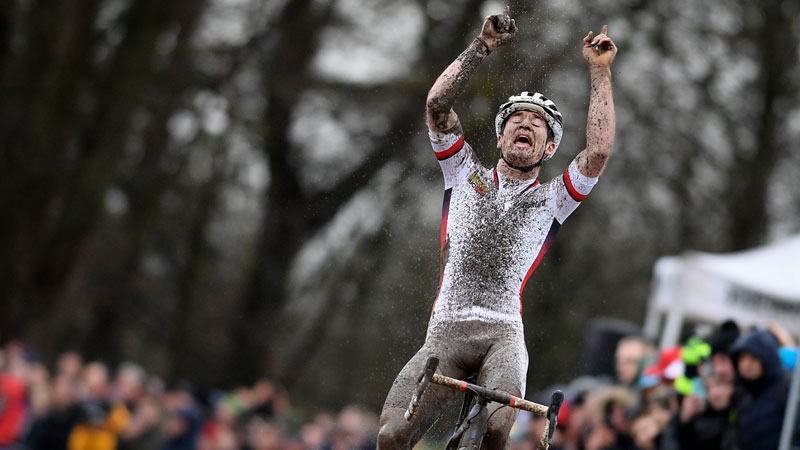 Kevin Kuhn has won the U23 World Cup cyclo-cross of Namur. The Swiss rider beat Ryan Kamp and Jakob Dorigoni and expanded his World Cup lead.

Kamp returned to the front and pulled away from the leading group alongside Kuhn, Tim Van Dijke and Jakub Dorigoni. Kuhn and Kamp quickly waved goodbye to their fellow leaders and battled it out for the win. Kuhn proved to be the strongest and beat Kamp by five seconds. The chasing Dorigoni and Kielich returned to finish third and fourth on Kamp's wheel. Benoist was fifth another 20 seconds behind.

In the World Cup standings Kuhn leads with 205 points, ahead of Ryan Kamp (180 points) and Antoine Benoist (140 points).