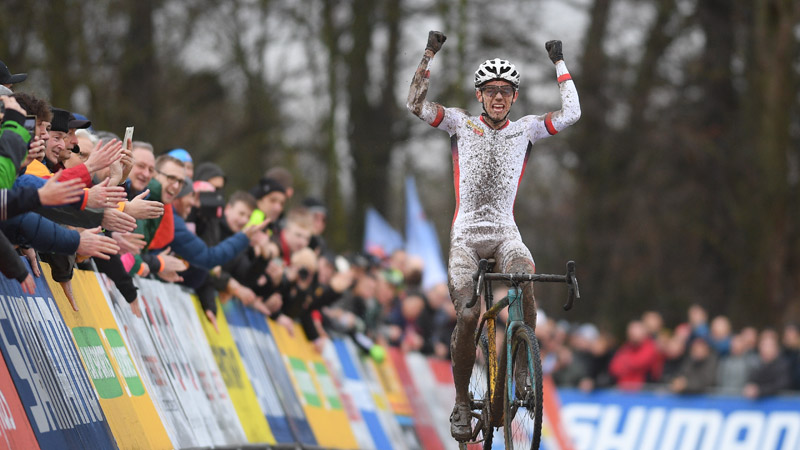 Dario Lillo took an early 10-second lead on Thibau Nys and Lennert Belmans, but on the second lap Nys quickly reversed those positions and took ten seconds on the Swiss rider. On a tough course the field was completely blown apart, although Belmans and Remi Lelandais had an entertaining battle for third place.

Nys ended up winning the race with a sizeable 45-second gap on Lillo and 1:19 on Lelandais. Belmans was fourth a further eight seconds behind, ahead of Italy's Filippo Agostinacchio.

Nys has also secured the overall win in the junior category of the Telenet UCI World Cup.